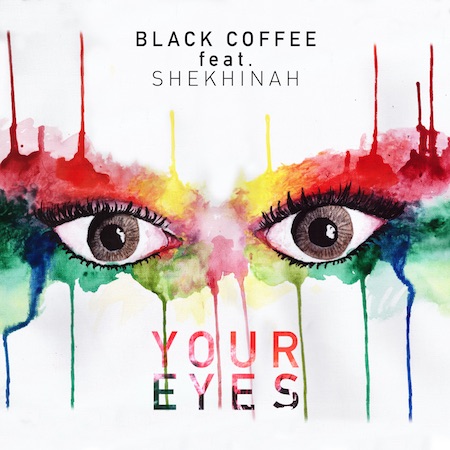 Off the back of his immensely successful album Pieces of Me, Black Coffee, returns with a brand new single “Your Eyes” out now via Ultra Music. The track is a mesmerizing new direction from Black Coffee’s house and groovy beats, presenting a mellow touch, laid-back tempo and enticingly powerful vocals from South African singer Shekinah.

Two-time Idols South Africa finalist, Shekhinah Donnell caught the ear of Africa’s most prominent music maker, Nkosinathi Maphumulo after one of her acoustic demos fell into the hands of the producer’s South African manager. Finding instant affinity with what he heard, Black Coffee scheduled snatched studio time with Shekhinah, on two separate occasions, literally hours before departing to abroad to perform. And the result of their collaboration is pure magic.

Shekhinah described working with Black Coffee as, “genuinely the most pleasant experience with a producer in my life.”

With 3 award-winning albums under his belt, South African electronic artist Black Coffee has been producing his brand of eclectic and soulful house for over a decade. This year, he released his highly anticipated album Pieces of Me, performed at Coachella, Full Moon Fest, Ultra Music Festival in addition to being awarded Best International Act: Africa at the BET Awards. Throughout the years he has continued to refine his sophisticated sound as well as selecting a diverse array of superior vocalists to collaborate with and showcase.